Check out this list of most commonly violated LTO traffic rules and regulations by Filipino drivers. Now be honest: Have you ever committed any of those?

Rules are explicit or understood principles that agencies of the government, such as LTO or MMDA, have conducted and introduced to regulate traffic flow and ensure everybody’s safety on the road. However, for different personal reasons, citizens still ignore the regulations, assuming these are excessive and not obligatory.

Cases of disobeying are significantly increasing along with the terrible consequences of accidents and fatalities. What Are LTO Traffic Rules And Regulations That Filipinos Commonly Break? Have you ever got pulled over due to a traffic violation?

In this post, Philcarnews.com will give you an overview of what LTO traffic rules and regulations are mostly violated by Pinoy motoriests. Knowing what has recently been happening on the road can somehow help you avoid ending up being a lousy driver.

Without further ado, let’s get started.

Being distracted while driving is hazardous yet one of the most violated traffic rules and regulations in the Philippines.

Distracted driving is the easiest way to get you into trouble on the road. Just a fraction of insufficient attention, you will have to pay an insurmountable amount of money to repair your damaged car or worse enough, you can even take pedestrians’ lives away.

Now, imagine you are driving with your eyes always looking down at your phone and your finger doing unnecessary tasks on it. Needless to say, it is hazardous, and you are risking your own life.

>>> Must read: 6 things you should know about Anti Distracted Driving Act in the Philippines 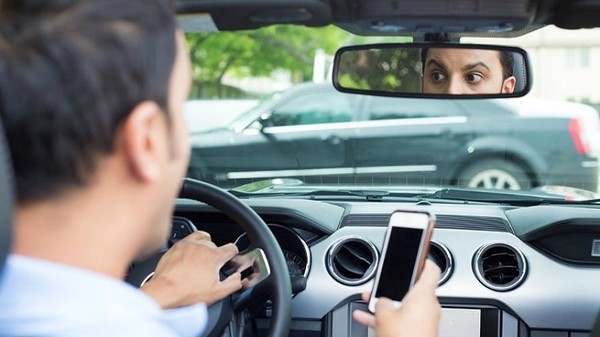 However, some people keep doing what they suppose as indispensable things of answering texts from friends or keeping updated about hot news disregarding Anti-distracting driving act rules.

If it is crucial, please pull over and then, use your phone freely, no one will complain about that or connect your phone to Bluetooth answering devices that help you answer calls while driving. Otherwise, in no circumstances should you use your phone on the road.

On EDSA, we have two rightmost lanes separated from normal ones by the yellow line, which are specially made for public transports.

Yet, many private vehicles stay inside that particular lane for longer than needed, hinder the flow of public transportation causing congestion, and situations may worsen if there is no presence of enforcers. 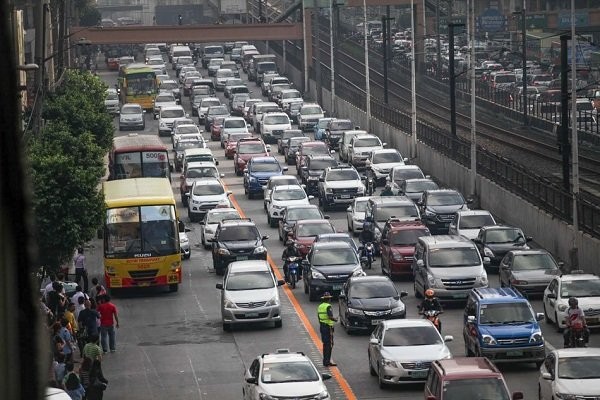 MMDA has introduced the no-contact apprehension policy to tackle this problem. The only time allowed for you to cross the yellow line is when you’re about to exit EDSA, but you still have to make a quick transition to avoid being fined.

>>> Suggested for you: What are common road accidents and how you can avoid it?

Everyone broke it at least once, either accidentally or not. There is no excuse for driving a transport with a speed of more than 10 kilometers per hour without putting your seatbelt on.

People have made up tons of different personal excuses for forgetting that seat belts, for instance, it causes itches and pains on their chest; it messes up their hair and clothes, or they only travel a short distance. 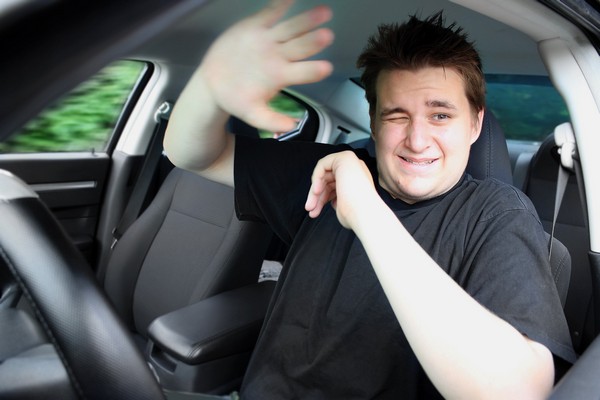 There is no excuse for driving without wearing seatbelt

However, they tend to forget about one thing: accidents can happen anytime, can pop up anywhere. Even an emergent break can give you a head concussion without protection from a seatbelt.

Exchanging your safety for comfortable seating and nice appearance? We won’t make that trade, ever.

Drivers tend to cross the red light at night, especially when there is no traffic cop.

With only a few exceptions of emergent cases, mostly they’re tired of waiting, lack of patience, and want to continue their driving without any pause. Also, another contribution to this is that the fine does not seem to be high enough.

At intersections, this act is utterly dangerous, crossing the red light means putting yourself in great danger of collision with other vehicles from the opposite lanes, creating a chaotic scene and congestion lasting for up to hours.

For that reason, waiting for about 30 to 60 seconds for a safe crossing is still much faster than beating the red light and spending the next few months treating in the hospital.

Other stricter laws, fines, and supervising technologies like cameras, recording devices also are about to be applied to restrict such a dangerous trend. Therefore, be careful every time considering passing the redlight.

To compete with other transportation service brands, PUVs tend to cramp their transports with more passengers than they can handle and pick up passengers beyond their allocated pick-up and drop-off points. The only reason for this is that they can make more money per drive. 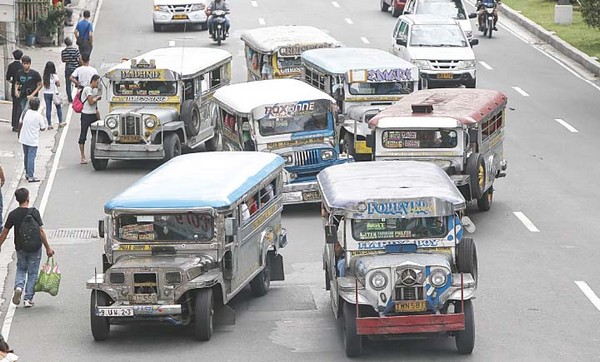 PUVs are known as a typical cultural symbol of the Philippines

However, this is a problem to the vehicles' endurance, causing instability and write-offs, making them unqualified for the next ride.

The forbidden thing for any driver is driving under the influence of alcohol. After drinking, the drivers are not conscious enough to recognize sounds and traffic signs and thus, unable to handle unexpected situations properly.

There is no word to describe the pain that alcohol has brought to several driver’s families, some are able to keep their lives, some are not so lucky, losing everything at a very young age.

So please refrain from drinking alcohol if you have to drive. If you want to take part in any party involved drinking, catch a cab to ride home safely.

Above are LTO driving rules and regulations that Filipinos commonly break. As you can see, transgressing the law can eventually result in unpredictable consequences, the worst of which will be the death, the end of your life.

For that reason, please drive with highest responsibility, and strictly conform to the rules and regulations implemented to protect yourself and your families as well.