Looking for a city sedan in the country? Wade through our review that covers the latest price, specs, interior, and more of the Honda Civic 2018 Philippines.

The next-generation Honda Civic is currently in the production line. So, we have to talk about the current-generation Honda Civic 2018 Philippines in this review while waiting for the successor to come. The Civic, beyond question, transcends every bit of what Pinoy car addicts want in a versatile daily sedan to a new level in which function and form are fused together in order to make one of the most pleasurable driving experiences at this moment. The base Honda Civic 1.8 E CVT, though it’s not the best well-equipped Civic, it is still fascinating with a story exterior, premium interior amenities as well as a tough performance.

The Honda Civic 1.8 E CVT is still fascinating with a story exterior, premium interior amenities as well as a tough performance

At first glance, you’ll easily spot a fastback style presenting in this model. Up front, it is beautified with Honda’s signature “Solid Wing Face” design featuring a refreshed chrome grille flanked by automatic LED headlights with DRLs. This grille also helps distinguish the base Civic from the RS trim whose grille is a high sleek black unit. Also worth of note are flowing lines seamlessly running towards the beltline which are extremely awe-inspiring. 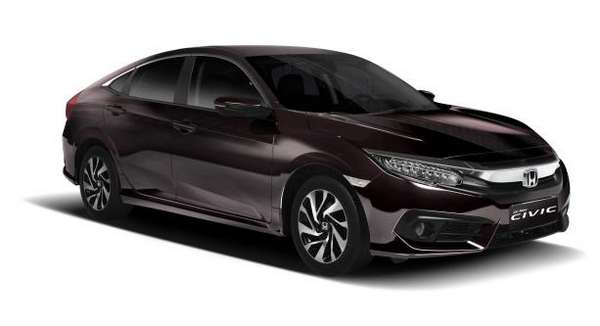 At first glance, you’ll easily spot a fastback style presenting in this model 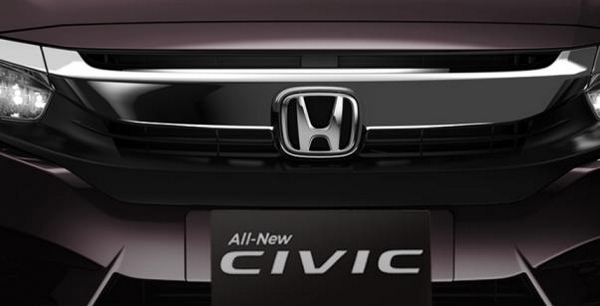 Up front, it is beautified with Honda’s signature “Solid Wing Face” design 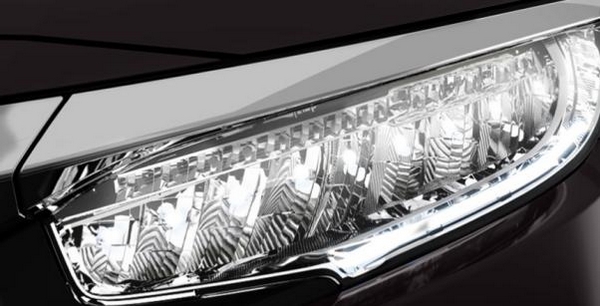 Being preserved in the 2018 Civic is the recognized head tuner. Some assume that it’s overembellished but many others think it is eye-catching and unique.

The most impressive part of the Honda Civic exterior might be the rear end where the C-shaped LED tail lamps have been tuned up from the previous generation’s figure. More than that, the shoulder lines do intensify the fastback design while a subtle touch of sophistication much spruce up the contoured trunk lid. On the whole, the rear fascia design might be considered as a breakthrough over the last Civic. 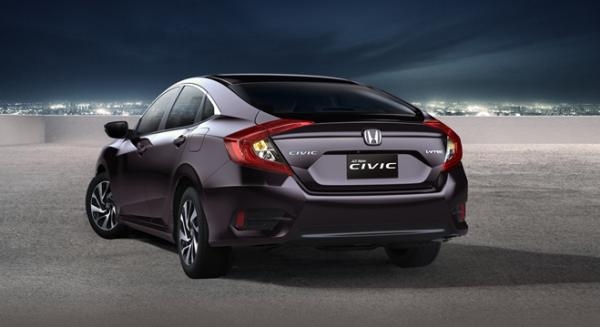 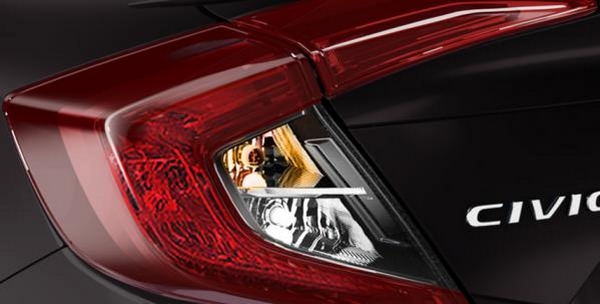 Speaking of side profile, our sedan is glamorized by a sleek set of five-spoke 16" alloys. Further, LED door mirrors with side turn signal are also equipped on this model.

Ultimately, it can be concluded that the Civic’s makeover has played an important part in doing up the size advantage. Actually, we have nothing to complaint about the Civic’s beauty. 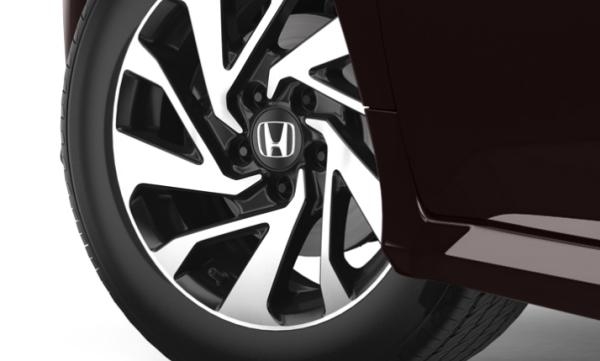 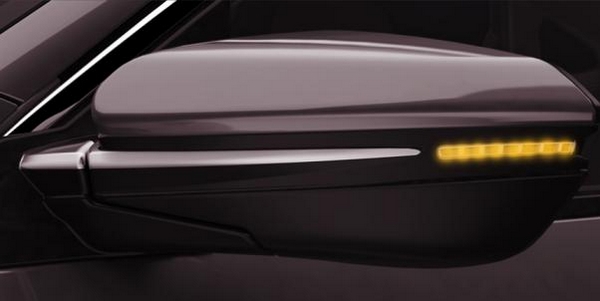 In the shape of a compact sedan, the Honda Civic interior is not too roomy but still enough for your small family. For 2018, it’s truly airy for its actual size. Putting this for and other players in C-segment saloon, it knocks out most of them when it comes to space. Some wheelmen even think that this spacious cockpit is asset of the sibling Honda Accord sedan rather than the said automobile. 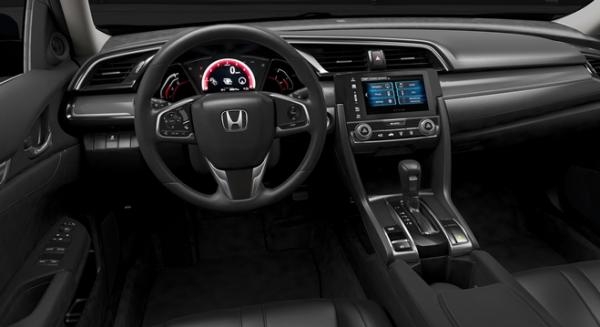 Since this is an entry-level variant, it will not come with as many features and devices as the top-end Civic RS Turbo

Since this is an entry-level trim, it will not come with as many features and devices as the top-end Civic RS Turbo. That said, like the flagship model, the 1.8 E CVT also comes fitted with a futuristic dashboard which is accentuated by a tablet-inspired 7” touchscreen entertainment system with Android Auto/Apple CarPlay, Bluetooth connectivity and Wi-Fi hotspot. Sadly, a navigation sysem isn’t on tap, yet you can definitely download your own applications with the “App Installer.” Not far from this screen is a full color TFT 3-pod digital gauge cluser and an ergonomically-designed leather-wrapped steering wheel. 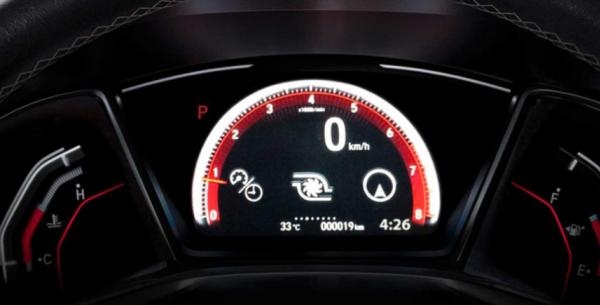 In terms of design, soft touch plastic is scattered throughout the cabin, along with several hard plastic parts. However, we still wish for higher quality materials in this over-one-million sedan rather than basic ones.

As per seating, the Civic provides the driver with a comfy driving position thanks to a height-adjustable driver’s seat, besides a telescopic steering rack for better configurability. On top of that, an weird raised transmission tunnel also helps you to reach the gear lever and switch-gears more easily. 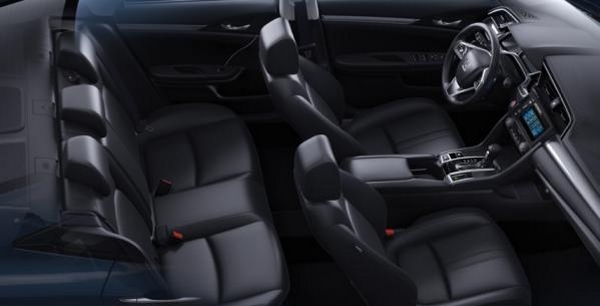 Not only caring about driver, the car manufacturer of Japan also gives passengers at both front and rear great affection by offering a roomy interior space, not to mention a large amount of space for loading things like sunglasses and smartphones.

There is a fact that rear seats are lower than front units simply because of the aforementioned fastback design. Thankfully, thanks to a long wheelbase of 2,700mm, rear occupants will be given enough legroom to sit comfortably.

A 428-liter boot space may be enough for you. In the event you want to load more, just fold down seats at last row. 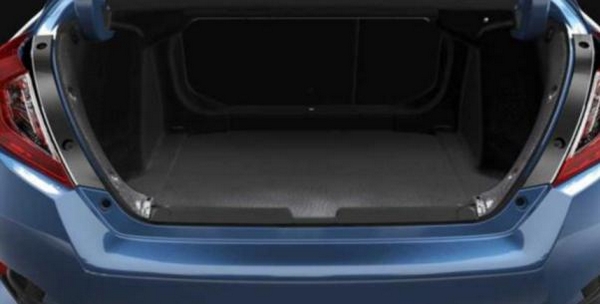 A 428-liter boot space may be enough for you 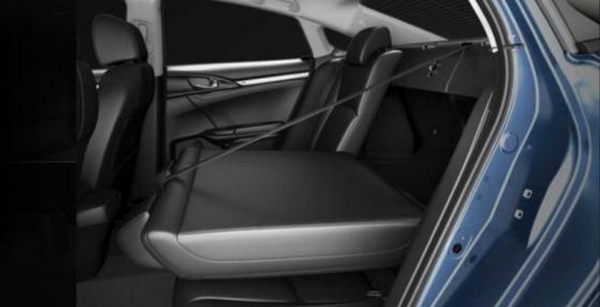 In the event you want to load more, just fold down seats at last row

All in all, the 2018 Honda Civic interior is sublime. Nonetheless, if only the brand added some physical buttons or audio controls, the overall cabin would be less complicated and better still, more user-friendly.

Under the Civic’s sheet metal is a 1.8L SOHC i-VTEC 4-cylinder power plant seen on the previous model. This engine is paired with an Earth Dreams devoloped reponsive CVT. Without any change, the mill keeps pushing out 141 hp and 174 Nm of torque at 6,500 rpm and 4,300 rpm, respectively. Coming as standard is a FWD system. Under the Civic’s sheet metal is a 1.8L SOHC i-VTEC 4-cylinder power plant

Though the 1.8 E Civic performance is not as great as the flagship Civic RS Turbo, it is quite powerful and strong enough to tackle daily rides in city as well as on highways. Generally, higher cruising efficiency and potent performance are what the Civic make us hold it in high regard at the moment.

In addition, the CVT getting on well with the mill is able to charge all that power to the pavement without drama. Better still, your gas mileage can be further enhanced thanks to an Eco Mode. Not only that, shift the gearbox to “S” and you can enjoy Sport Mode with quicker engine responses, meaning more fun-to-drive experience.

Despite being a wide horse, the Honda Civic’s road-holding capabilities can knock out numerous rivals in its segment, even high-performance sedans. 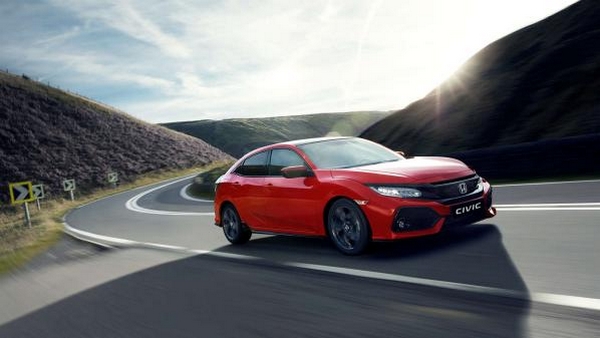 The Honda Civic’s road-holding capabilities can knock out numerous rivals in its segment, even high-performance sedans

Are you curious about the fuel economy of this saloon? Yes as we’ve stated, the Earth Dreams technology helps it do a decent 10.3 km/l in light traffic and 7.5 km/l of fuel in traffic jam. As to highways condition, it guzzles between 17.0 – 17.5 km/l.

Lastly, brakes system also contributes to the vehicle’s playing. Just by a light prod of brake pedal, your emergency stops and quick turn can be efficiently processed. If the electric power steering system is slightly insensitive at lower speeds, everything is different when the car starts accelerating.

The fact remains that the top-end RS Turbo is always in the spotlight, but out guest today – the Honda Civic 1.8 E CVT is not too lower in status at all, especially when putting it next to other base offerings. This Honda Civic cost has increased from P1,115,000 to P1,138,000 in 2018 due to new excise taxes. Taking everything into account, this price tag is acceptable and fairly competitive. If the entry-level trim cannot meet your needs, go for higher-end model and of course, you need to pay for more.

Having gone through ten gens in total, and rumor has it that the eleventh-gen would be debuted in 2021. Just wait and see.

>>> Click here to check the full list of used Honda Civic for sale in the Philippines: https://philkotse.com/used-honda-civic-for-sale 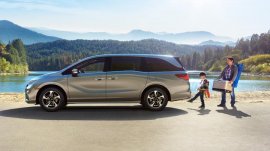 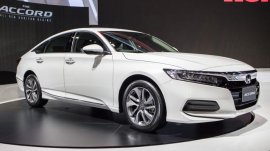 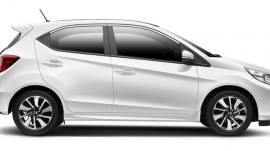 Honda Brio Color - The Most Desirable Colors In the Philippines
₱610,000 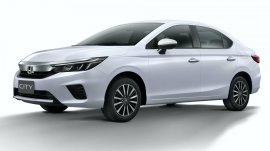