How important a catalytic converter to your car and how to rescue it!

Catalytic converters also play a vital role in the overall performance of the vehicle.

Catalytic converters are one of those parts that most car owners usually don’t pay attention to. That is, of course, something is wrong with it. Like almost every other part of the vehicle, the catalytic converter also has a big responsibility.

If anything were to happen to it, it may not perform as well as it should. If it doesn’t, the performance of other parts will most likely be affected as well. In turn, the way your vehicle performs will also suffer from the damages of its internal parts.

That’s why just like any other car part you’re familiar with, you should also recognize the catalytic converter. You should also be able to tell what it does and how it works.

What are catalytic converters?

Catalytic converters or also more commonly known as “cat” is a part of your vehicle’s exhaust system. It sits in between the muffler and the exhaust manifold of the vehicle.

Catalytic converters help your vehicle remove carbon monoxide from mixing with the air that we breathe. This also removes other toxic gasses for better efficiency. It usually doesn’t fail and there’s only a small chance that it will even require repair. But when it does fail, it can give very obvious signs.

The catalytic converter in your vehicle filters out the harmful gases so it doesn’t reach the atmosphere. These harmful gases could include but aren’t limited to carbon monoxide, unburned hydrocarbons, and nitric oxide.

These toxic gases are absolutely necessary to remove. In the 70s, these harmful gases were responsible for ending the rule of classic cars. Cities at the time were clouded with smog - a mixture of smoke and fog.

>>> Related: 5 car parts that are particularly damaged by potholes

How do catalytic converters work?

After you start your vehicle, it releases toxic gases. The toxic gases then pass through the catalytic converter. The cat’s internal structure consists of a honeycomb-looking structure. It’s made of precious materials including palladium and rhodium. It also has platinum.

When engaged in high temperatures (about 800 degrees Fahrenheit), the catalytic converter begins to function. There is mostly a chemical reaction but the end result is a safer element. These safer elements include water, oxygen and carbon dioxide.

What causes a catalytic converter to fail?

As we said earlier, catalytic converters usually don’t get broken or need repair. But there are also cases when they will need either repair or replacement. Almost all catalytic converter problems happen because of a related engine issue.

It is usually caused by a number of reasons. First off, this can be due to incorrect fuel and air mixture. This can also be because of bad effective spark plugs or failed oxygen sensors.

If it’s clogged, it won’t be able to do its job well - the worst-case scenario? The exhaust is completely blocked. Then, backpressure builds towards the vehicle’s engine. This will then cause the engine to overheat and develop problems.

Even after that, physical damage can happen to the catalytic converter. Another uncommon (but possible) way to damage this is by driving on potholes, debris, and rocks.

Signs of a defective catalytic converter

The smell of rotten egg

If you smell a scent that resembles that of rotten eggs coming from the exhaust, it could be a sign. Gasoline has a dash of sulfur. This then converts to hydrogen sulfide while in the combustion process. 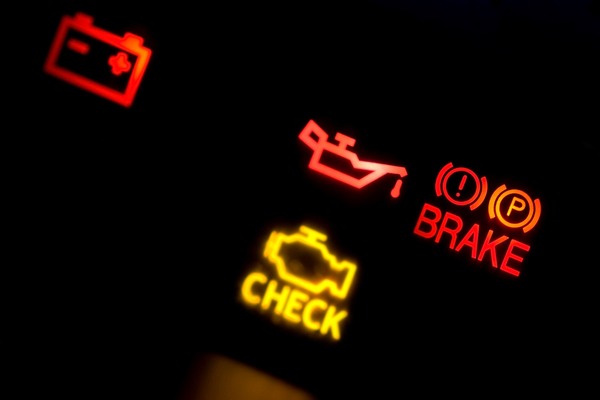 If the catalytic converter encounters a problem, the check engine icon will illuminate

This should be able to retrieve the trouble codes from your vehicle. Once you get the codes, check if they are P0420 or P0430. These two are the usual codes that translate to catalytic converter failures.

A common symptom in this problem is the lack of engine power. This is especially at times when you want to accelerate while passing another vehicle by. If there is too much carbon build up in the honeycomb, partial blockage in the catalytic converter happens.

Your vehicle will depend on good exhaust flow for optimum performance. If the flow is somehow restricted, the lack of power can be observed. This can be obvious when accelerating when going uphill and so on.

How To Read Tire Size? - The Most Detailed Guide

Best 7 Seater Car Philippines - Which One Will You Choose?

Types Of Fuel For Cars - What You Should Know When Driving In The Philippines!