Urgent treatment when the fuse breaks on the car

Car fuse boxes located under the hood or under the dashboard, which protects the equipment from damage, fire, short circuit or overload.

Car fuse boxes located under the hood or under the dashboard, which protect the equipment from damage, fire, short circuit or overload.

When your car suddenly runs into problems, such as light coming off, horn mute or power outlet unusable, you do not need to worry too much because it can simply because of a blown fuse.

Electrical circuits on cars are similar to house circuits, they both have fuses breaking the circuit to protect electronic appliances when there is a power surge. Therefore, when the electrical equipment does not work, you should check the fuse before calling the experts.

Regularly check and replace blown fuses to ensure the safety of your vehicle's electrical system. Do not use fuses that do not meet current rating and do not use a wire to bypass a fuse. 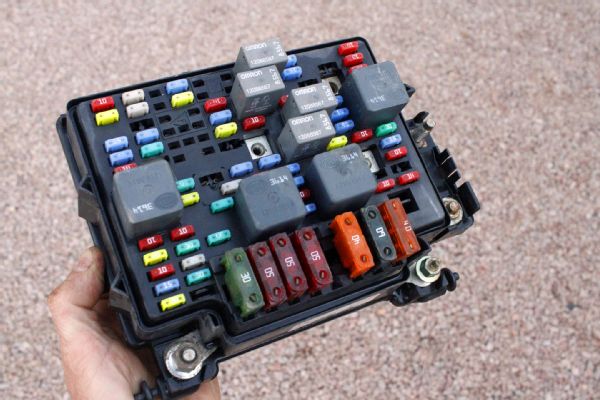 1. How to inspect the car before the fuse breaks

Some of the following pieces of advice will help you check and take control of the vehicle before the problem occurs, and timely replace the fuse when blown:

- Find the fuse box (fuse box usually locates under the dashboard on the left side of the steering wheel).

- Open the fuse box cover and locate the fuse

For instance: When the horn does not work, look for the horn control fuse based on the diagram printed on the lid or inside the fuse box cover.

- Remove the blown fuse from the fuse panel with a pair of tweezers (note: the tweezers are made of plastic, attached in the fuse box; in case you lost it, you can use a small pair of pliers with long and pointed noses)

- Check the number below or next to the damaged fuse. This number indicates the maximum current Open the fuse box cover and locate the fuse

2. How to check the fuse

The first way is to check by observing each fuse when removing it. This method is slightly outdated and rarely used, requiring testers to be knowledgeable and qualified for the car.

The second way is to use assisting equipment to check and observe the signal. It takes more time but is simple, effective and easy to implement. You only need to prepare a test instrument called a circuit tester. Switch the car key to "ON" but do not start the vehicle.

Insert the probe of the circuit tester into the metal contact of the fuse on the circuit board. Then gently bring the remaining probe into the work positions on both ends of the fuse. If the check lamp lights up at both locations, the fuse is still working and normal.

If only one of the two positions makes the bulb light up, it means that the fuse has blown and needs to be replaced. Check all the fuses one by one, including the main fuse. If there is no replacement fuse right away, you should leave a mark and buy to replace it later.

DIY: How to Test Fuses