Read to know specs and feature of the track version of the Porsche 718 Cayman GT4!

A lot of the manufactured cars from Porsche aren't for the regular highway and most often you can find a lot of these speedy beasts in races. However, Porsche really tore up stereotype expectations as it released the news about the newest addition to their product line. The model is known as the Porsche 718 Cayman GT4 Clubsport but that wasn't the only reveal. It turns out this marvelous model was actually available in two versions. One is for your classic “everyday” driving to-and-fro needs while the other variant is a track version or something that resembles a racecar. According to the people who made this idea possible, they wanted to produce a riding machine that would be suitable for “wanna be” but competent racecar drivers. The track version, in fact, is specifically tailored to race around tracks - be it a circuit or a print race.

If you are one of those excited about this new trend-making vehicle then you’re going to love the news we have for you. We’ve gathered all the specs and features that make up the track version of the new Porsche model and we left no vital detail behind. Take a look at what the Porsche 718 Cayman GT4 Clubsport has to offer, starting from what’s under the hood.

Both the original variant and the track version are available with 3.8-liter engines that can usher a horsepower of 420. That’s equivalent to 420 strong breeds to pull you behind the wheels.

It also has a six-speed gearbox with a dual clutch. It is also equipped with a unique mechanical lock at the rear with a differential handle that sends more power to the road.

The fuel cell is capable of handling 80-liters of fuel before your fuel tank could run dry. That enables you to run a few laps more before you need to race to the pit stop. It is also installed with a safety valve that enables a “Fuel cut off” setting to further comply with the regulations as stated by the FIA. 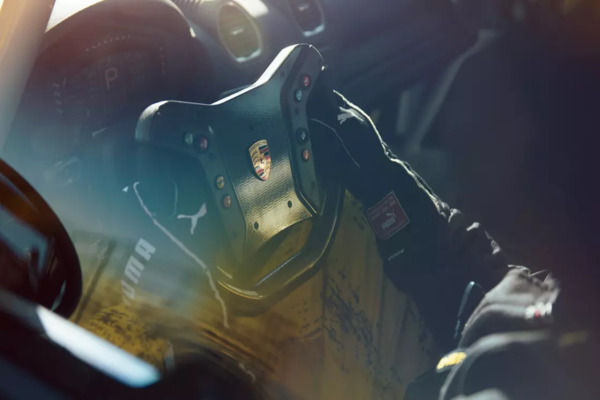 The towing loops are also available both at the front and the rear side of the track version to comply with FIA standards. Michelin-branded tires make up the track version’s shoes and are only available via specialty shops or via requests from suppliers. 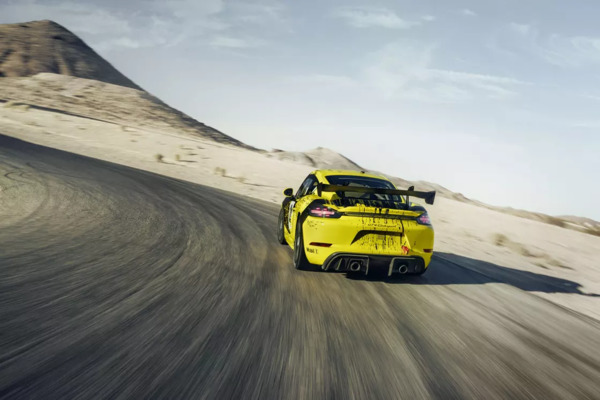 And just when you think it couldn’t get any better, the front suspension is actually from another iconic Porsche model that is also recognizable as a race track vehicle. Since the Porsche 718 Cayman GT4 Clubsport is a race track version, one can’t expect too much amenities since the manufacturers focused more on adding safety features for the track. This is other than the fact that other extraneous features may add unnecessary weight that will counter the purpose of the vehicle. For other details about the built of this track beast, take a look here;

It is built with a wielded in-roll cage that adheres to the FIA standards to increase safety features. The track version comes with a Recaro racing bucket that has a six-point harness. An escape hatch modified to be at the roof is an added feature in case a crash or any kind of rough accident happens that disables the possibility of exit via the car doors.

It also a first by using natural-fiber composite in a car that is actually made available to the public for the market. It resembles the properties of carbon fiber except for the fact that it’s made from by-products of agricultural resources. Examples are by-products of hemp and flax. It is comparable to carbon fiber in terms of both stiffness and weight. This product makes up the doors and the car’s rear wing. 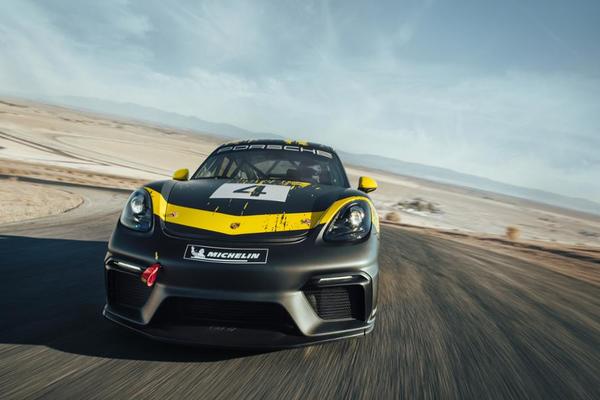 There is a Cosworth digital display built in the system that acts as an instrument data logger to help you go faster in a shorter period of time. The other parts of the car’s body are made of mixed materials that are strong enough for the purpose – mainly steel and aluminum.

It is equipped with smart, modern functions to assist the driver. These helpful settings are anti-lock brakes, traction control, and electronic stability control. All of which are necessary to help keep a race car driver safe while driving snappy on the racing track. 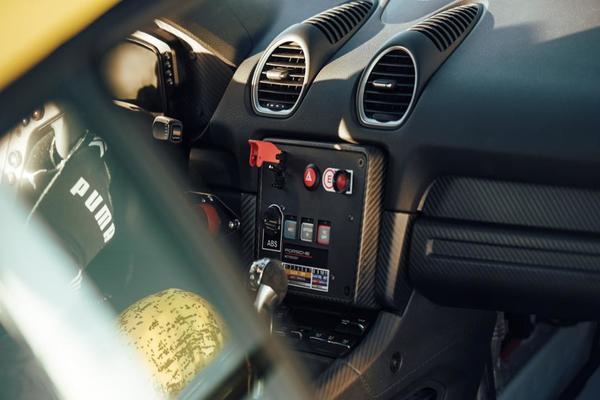 It is equipped with smart, modern functions to assist the driver

There is also an air-conditioner which is deemed necessary in every vehicle - racing or not. The ride height, camber as well as the track width are all customizable and can be altered according to your specifications. This adjustability is made possible by the MacPherson suspension strut. The brakes are also reinforced as it is composed of big rotors made from pure steel. These are applied both to the rear and front set of wheels. The brakes are aided by six-piston calipers at the front which clamps down the classy pair of wheels. On the other hand, there are four-piston calipers aiding the brakes at the rear.

In addition to a well-thought-out brake system, the manufacturers also added a brake booster for that added resistance to wheel rotation. You can have your 718 Cayman GT4 serviced at any available Porsche auto-repair shop with the assurance that your track baby is well cared for. As an added safety feature, there is also a handheld fire extinguisher available within the vehicle if ever a pyro-emergency arises.

It also has high-tech in-system settings that accommodate both safety and comfort. These are made with the latest versions with high responsiveness and sensibility so to spot imminent signs of danger in the vehicle. It has an electric setting where you can adjust the wing mirror more conveniently. The track version is installed with a center console that enables map switch as well as switch between different tire presets.

There is also an emergency switch that cuts off all car abilities safely in the cockpit and another switch at the left part of the car’s windscreen. To help you monitor your tire’s state, it also has a tire pressure monitoring system or simply known as TPMS.