It was only this year that the company broke the news about their Czinger 21C-3D Printed Hypercar.

The Czinger 21C-3D Printed Hypercar is a hybrid supercar manufactured by an automaking company, Czinger Vehicles. It was only this year that the company broke the news about their hypercar. According to their website, it was on the 12th of February when the company first released the teaser for the Czinger C21.

They showed the public a generous amount of what the Czinger would look and sound like. And of course, both media men and car enthusiasts were excited. After just a few days, on the 17th of February the same year, Czinger also released their hybrid’s record hunting and rule-breaking 1250 horsepower.

This drove even more attention to the unveiling of the official Czinger 21C. It was made official last February 21 when the Czinger vehicles were revealed to the public. This included the coveted Czinger 21C. The Czinger 21C-3D Printed Hypercar is a hybrid supercar manufactured by an automaking company, Czinger Vehicles

On the 5th of March, the company announced a worldwide reveal of their plans for their revolutionary vehicle - the Czinger 21C. By March 11, the company finally unveiled its groundbreaking Czinger 21C. They also presented their visions for the next generation of the performance vehicle industry.

As the company describes it, their Czinger 21C represents the apex of automotive innovation, automotive art, engineering, and tech-based design. The Czinger is classified as a hypercar. It’s also designed with the fastest air-breathing manned aircraft in mind as inspiration.

The 21 C is created by a small number of people. This team is composed of engineers, scientists, and designers all using a patented, and revolutionary production system. This revolutionary system is capable of integrating optimization software and automated design.

This is also capable of integrating novel performance materials and the high-accuracy automated assembly into the creation of the 21C. The vehicle is designed by David O’Connell and Kevin Czinger. The vehicle also happens to be named after the latter.

The Czinger 21C is loaded with a 2.88 liter twin-turbo V8 hybrid power engine. It’s the world’s most power-dense production engine which is located in the rear-central position where there are two electric motors found.

These are powered by a smart lithium titanate battery. It’s capable of coughing up 550 pounds per foot of torque and 950 horsepower. It’s hybrid power, on the other hand, is at 1,250 horsepower at 10,500 rotations per minute. It comes with a 7-speed sequential transaxle transmission with a hydraulic-actuated multi-plate clutch. 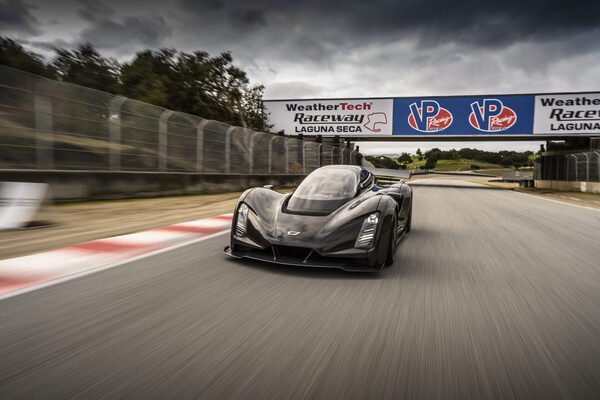 By March 11, the company finally unveiled its groundbreaking Czinger 21C

Each of the units will have a price tag of USD $ 1.7 million. Aside from that, there will only be eighty units of the Czinger 21C-3D Printed Hypercar available for the public.