The Bugatti Vision Le Mans concept is for a hypercar endurance race car that would supposedly join the 24-hour race.

During an internship, what interns normally do is to shadow a relative, run errands for the employees, and watch what regular employees do. But that's not the case for Max Lask. His bachelor thesis doubles as a Le Mans Hypercar.

Lask is a talented student and a recent graduate of the Brunswick University of Art in Germany. This amazingly brilliant designer completed his internship at Bugatti's design center last year.

Unlike most interns who were asked to do some fool’s errands, he chose to check what the company has been doing in the past years before he decided to create a design for the futuristic next-generation race car. 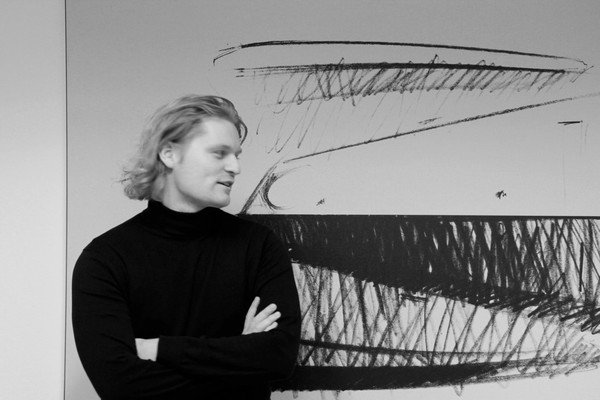 Lask is a talented student and a recent graduate of the Brunswick University of Art in Germany.

The supercar marque sponsored and endorsed his bachelor thesis. His work clearly impressed the brand. As a result, he’s now an exterior designer which means, this could be the start of many other works and designs from him, most notably that the Chiron Super Sport 300+ almost looked tamed because of the Vision Le Mans.

The last time Bugatti raced was the mid-1990s. It was when the former owner, Romano Artioli, created an EB110 as part of the IMSA GT series. The second example was converted to Le Mans specifications. Since then, Bugatti isn't active on planning to return to the racetrack, so we shouldn't expect to see a competing Chiron this year.

However, they still embrace their vast motorsport heritage, that's why Lask decided to dedicate his thesis in exploring what it takes to form a major comeback. The supercar marque sponsored and endorsed his bachelor thesis.

According to Lask, it's not his goal to make a retro-style race car – which he said would be easier. What he wanted was to design a vehicle that is similar to the Type 35 in terms of advancement when it was launched and made its debut at the 1924 Grand Prix of Lyon.

The Bugatti Vision Le Mans concept is for a hypercar endurance race car that would supposedly join the 24-hour race.

Upfront, the exterior design of this vehicle has the Bugatti’s horseshoe-shaped grill, but with a futuristic interpretation – making an end to this car’s similarities from the Vision Le Mans concept and other current members of the carmaker’s range. The rest of the vehicle is an ode to the principles of aerodynamic. Each fin, vent, wing, and scoop has a specific purpose. The car, as a whole, is pretty extreme. 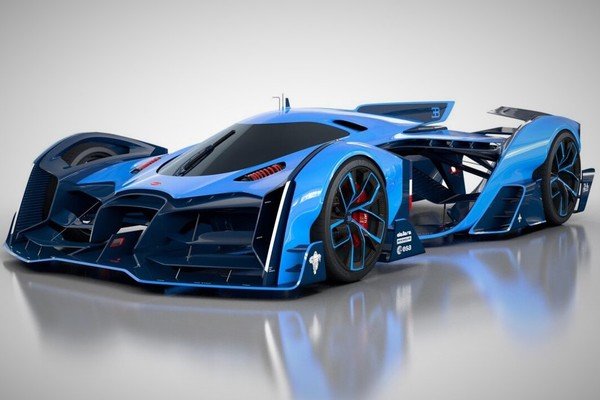 The exterior design of this vehicle has the Bugatti’s horseshoe-shaped grill, but with a futuristic interpretation.

The Aston Martin Valkyrie project, as well as the forthcoming Le Mans hypercar regulations, is enough proof that this type of vehicle is not possible. Lots of wealthy people from different parts of the world are willing to invest in these crazy hypercars. And Bugatti is one of the companies that should be getting contracts with these clientele and crazy regulations.

Mental gymnastics is required to speculate what Le Mans- bound race cars will run on in 2050. Usually, it is the Motorsport who always get the first touch of the latest innovation. That's why even the most advanced car technology we have today can be comically obsolete in the next 30 years. It is the main reason why Lask envisioned ion-powered powertrain and not the typical Saturn type.

It may sound impossible, but it's not. In fact, spacecraft are already utilizing xenon ion thrusters. Additionally, an Ion-powered train was successfully tested by MIT, which means the technology is already existing. In his thesis, Lask mentioned that the said technology would also be adapted by the automotive industry, sooner or later.

The French company emphasized that the Vision Le Mans concept created by Lask is a one-off project to complete his design program. They stressed that it is not a preview of an upcoming car model. Although Bugatti's roots are into racing – the Type 35 we mentioned before is the excellent example which earned more than 2,000 rare victories between 1924 to 1930 – currently, they don’t have any plans for the Circuit de La Sarthe.

Bugatti is an iconic brand that belongs to those original badasses in the world of racing. If you trace back its history, this French company is steeped in success and innovation. 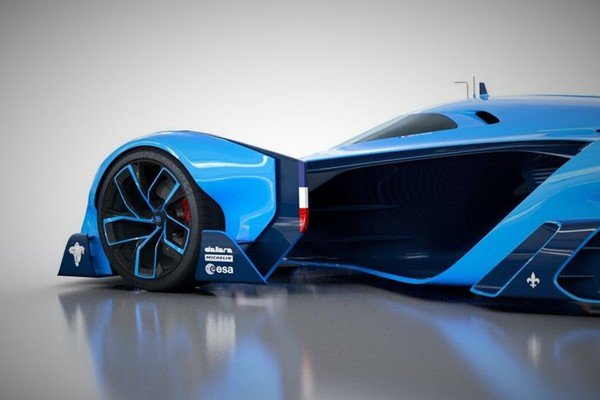 Mental gymnastics is required to speculate what Le Mans- bound race cars will run on in 2050.

Some of the cars that Bugatti proudly produced are the Type 56, Type 32, and the very famous Type 35. Type 56 is an electric car used by Ettore Bugatti to drive around the Mosheim factory. Type 32 is what the brand used to introduce aerodynamics into racing. And well, the Type 35 which started Bugatti’s golden years.

It's undeniably the most successful and victorious race car in the history of racing the world had ever witnessed. It successfully earned five back-to-back victories at the Targa Florio. Lask used this as an inspiration and scribbled his own design of what present Type 35 would look like.  Don’t expect a retro homage. It will be a space-age racing car for 2050.

“It was important to me to show how the brand can both profit from the increasing developments in racing and e-mobility and also tie in with its own history in racing,” Lask stated.

“During my research, I realized that a Bugatti belongs on the racetrack,” he continued. “The Bugatti Vision Le Mans is the logical consequence and a direct descendant of the Bugatti racing era. It represents an extremely light, radical, and efficient racing car, with which Bugatti continues the history of its racing successes and shows new paths for the brand.” The French company stressed that it is not a preview of an upcoming car model.

You will see in the pictures that the side view has plenty to digest, but no one will miss the hole in the middle of the vehicle. It makes everyone wonder what driving position it will offer.  The front part of the car has a pushrod suspension. The only difference is that this is visible on any side of the wraparound windshield.

Strips of vertical LED lights are also present. Looking at its back part, you will not really see a flat body panel, but only a rear wing that looks like its hovering in the air. Plus, the bulging wheel arches that’s almost the same height as the roof.