If you’re not a major automobile fan, you have probably never heard of the company, Ariel Motors. This automaking company is one just one of the many recognized brands to produce power vehicles.

The company centers not only on automobiles but also on motorcycles. First founded by Simon Saunders as Solocrest in the year 1991, the company has evolved to a game-changing manufacturer over the years. In 1999, Ariel Motors finally came to be.

Although it is one of the smallest company manufacturers, the 30 employees still manage to whisk out one hundred vehicles in one year.

The Ariel Hipercar EV is one of the most awaited units to be released by the company. But asides from that, they’ve also had other successful contributions to the automotive scene.

Though they’re made of a small number of people, the company definitely built its name on quality. Aside from the much-awaited Ariel Hipercar EV, they also have the Atom, Ace, and Nomad. The Atom is a super light, high-performance automobile. It’s also the world’s first road-riding exoskeleton car.

This is because it doesn’t come with all the regular parts a typical car has like a roof or bodywork. The Ace is a powerful motorcycle made with Honda’s 1237cc V4 engine. It also carries the brand’s gearbox.

The Nomad, on the other hand, is a road buggy that was introduced in January 22015. As for the Hipercar, there still hasn’t been any news after the company’s announcement in regards to it last August 2017. Judging from the previous vehicles Ariel Motors has produced, their promised EV barely has roots as inspiration. Their Hiper car concept means “High-Performance Carbon Reduction.” After their announcement about entering the electric vehicle market in 2017, there hasn’t been any succeeding news to build up the hype.

In the past three years, we can only assume that the project is still ongoing. But they did promise that whatever they accomplish by the end of 2020, they will certainly let the public know. Though no date or month was pinpointed, the company spokesperson stated that the announcement will be before the LCV (Low Carbon Vehicle) event.

The prestigious annual event is said to be held at the Millbrook England on the 8th of September 2020. The same event is where the first Hipercar broke its cover as a bare chassis. It had no body covering on its underpinnings at all. Although there’s still no solid guarantee, the Hipercar EV will most likely have a more futuristic touch to the design. There were also a few sketches that were presented way back in 2017. The image depicted a particularly wide and low-swung supercharged car. It had extreme aerodynamic elements added on.

As a matter of fact, the proposed design looked nothing like the company’s previous Atom vehicle. To keep the powertrain’s weight under control, aluminum platforms were used to build the vehicle. The spokesperson also added that there will certainly be things that are bound to change in regards to the Hipercar EV. 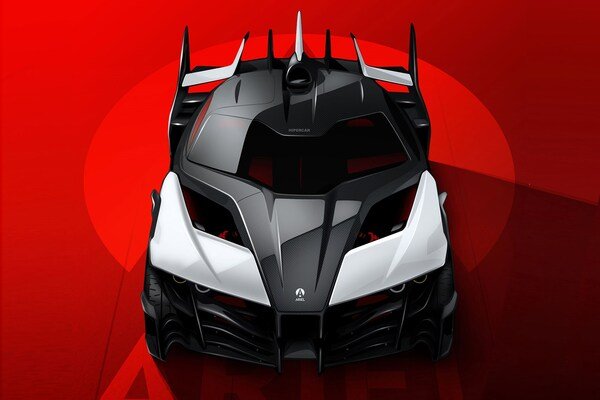 But his words with limited as he obviously didn’t want to give away too much information. But there was enough context to give the impression that whatever is in store for 2020 will definitely be worth the wait.

For the unveiled concept last 2017, the model utilized a highly cutting-edge gasoline-electric hybrid powertrain. This was built around a unique turbine that sends the generated electricity to the in-wheel motors. This was made possible thanks to the lithium-ion battery pack.

A range extender will be paired with a 56 or 42-kilowatt lithium-ion battery. The company didn’t fail to quote the output power of 1,180 hp and torque of 1,130lb-ft. This was, of course, when using four motors. On two motors (and on the two-wheel drive), the numbers were 590 hp and 665 lb-ft.

So this may as well confirm that the Hipercar will definitely come in two variants. One with four motors and another with only two. The Hipercar is said to reach 60 mph or 100 km/ph in just a mere 2.4 seconds. In just 7.8 seconds, the Ariel Hipercar can go from 0-150 miles per hour. But this was if the Hipercar was in its quickest configuration. Regardless if you want to go for the two-wheel or four-wheel variant, the digits presented here are already quite high. These numbers have definitely put the Hipercar on record with some of the most powerful vehicles in the world.

Ariel Motors originally had the reveal planned for 2019 and the production for public use by 2020, that didn’t happen though. Their representative also failed to shed any light on the possible cause of the delay.

But keeping in mind that the company only has 30 employees with all that work, we can’t really blame them. As for the prices and availability, that info still remains unknown.

If all those info weren’t enough to let you know just how powerful the next product of Arial will be, let’s all take a look at its other components. Right off the bat, the company decided that the Hipercar’s chassis will be a CNC folded and bonded-aluminum monocoque. This will be part of the package of both the two Hipercar variants.

They will also come with rear subframes and a removable aluminum front. As for the unit’s suspension, the concept shows us that they will make use of double wishbones on all of its four corners. It will also have neat dampers that are supplied by a recognized company, Bilstein. Carbon or forged composite wheels are expected to be wrapped in chunky 325/30/21 rear and 265/35/20 front tires. The company is also developing its own version of a power steering system.

This was said to give the driver ultimate feedback for the best driving experience possible. But of course, all of the teasers here may or may not be part of the final design.

>>> Follow Philcarnews.com for more hottest car concept in the world.