The Kia Sportage 2019 facelift will officially be available in the third quarter of 2018 in Europe.

Having seen the fully-revealed Kia Sportage 2019 facelift, now it’s high time for us car enthusiasts to go into details of the updated SUV which comes with a new diesel mild-hybrid engine, slight distinct appearance and noticeably new infotainment tech and safety.

First, let’s see what’s new in the front. Both front and rear lamps as well as bumpers get redesigned. They are also inspired by the new Ceed and Cerato to gain 4-point LED daytime running lamps. Specially, on the GT-Line, it comes dark chrome on the rear tailgate and side sills, a sleek silver and black skid plate, and a gloss black radiator grille. The 19-inch alloys are also given to the GT-Line while smaller 17- and 16-inch wheels are for other variants. Markedly, all of the models come equipped with a twin-exhaust rear valance and the front also features slightly changed ice cube LED fog lights. 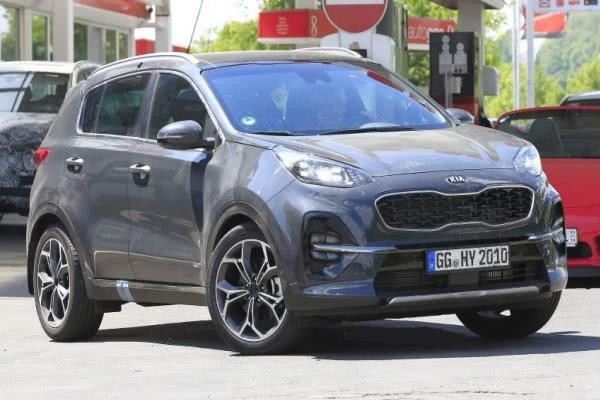 The Kia Sportage 2019 interior also gains new looks thanks to changes from new two-tone upholstery in back and grey, a refreshed instrument cluster, and new steering wheel. The new two-tone leather seats will come exclusively in the GT-Line (the red-accent black leather is optional).

When it comes to the engine, the new EcoDynamics+ diesel mild-hybrid will be in charge of powering the vehicle, igniting the wave of electrification of the auto brand. To be specific, the EcoDynamic+ combines a mild-hybrid igniter-generator unit, a 48V battery, and a 2L ‘R’ diesel engine.

The new arrival of the 1.6L ‘U3’ CRDi means no more 1.7l CRDi oil burner, promising to be more impressive as Kia claims it to be their cleanest diesel engine. The engine might churn out 136 or 115 PS. Stronger models will run on a 7-speed dual-clutch auto with four-wheel-drive. Both front & rear lamps and bumpers get redesigned 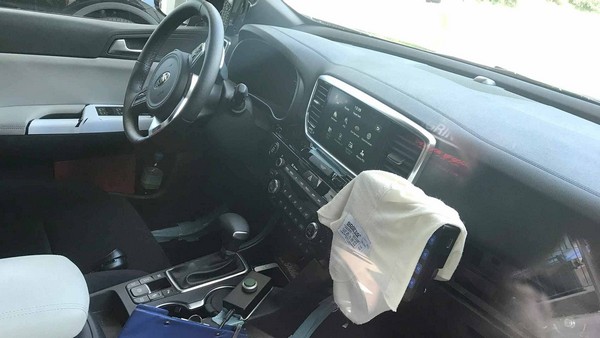 Driver Attention Warning, around view monitor, and Stop-and-Go-equipped Smart Cruise Control, which are all the newest driving assistance systems introduced by Kia, come in the facelifted Sportage. European buyers are offered with a new frameless 8-inch touchscreen or a 7-inch unit.

The Kia Sportage 2019 facelift will officially be available in the third quarter of 2018 in Europe. The C-segment SUV is the favorite of the brand which contributed to one-quarter of their total sales in the continent last year.