Check out the latest price, specs, interior, exterior as well as performance of the Ford Ranger 2018 Philippines in our in-depth by Philcarnews.com.

Along with the Toyota Hilux, Nissan Navara, Mitsubishi Strada and Mazda BT-50, the Ford Ranger has dominated the pickup truck segment in the Philippines for years. Locally launched in 2002, the Ranger has now gone through more than sixteen years with three generations. Three years ago, the US carmaker did some work with the pickup in respect of steering system and infotainment system. Up to now, this facelift is still the newest Ranger in the market. So, by this review, we’ll give you, pick up hunters and lovers, a deeper insight into the Ford Ranger 2018 Philippines. To make things clearer, this review will mainly focus on the top-of-the-line Ford Ranger Wildtrak 3.2L 4x4 AT. 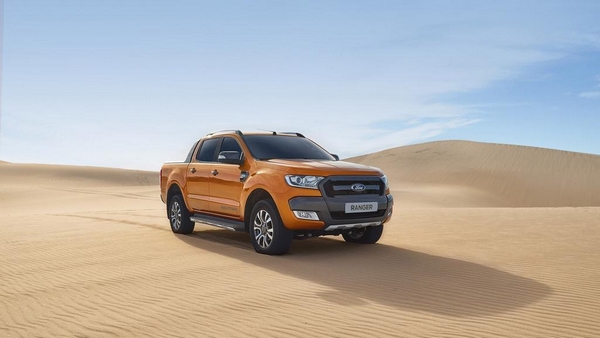 Exterior-wise, the Ranger did not receive any change. It’s still an aggressive pickup with a bold front end. At first sight, we will be impressed by its dark grey front grille with three thick chrome slats which is flanked by slim headlamps. Meanwhile, the front bumper is decked with two defined circular fog lights and large air intakes, both contributing to its striking and handsome look.

The Ford Ranger exterior did not receive any change

As to the side, big wheel fenders, along with athletic roof rails at the top, give the automobile a sporty and dynamic silhouette. Meanwhile, tidy aluminum side step, well-designed wing mirrors, chrome door handles and blackened B-pillars all exude a feeling of luxury.

As to the side, big wheel fenders, along with athletic roof rails at the top, give the automobile a sporty and dynamic silhouette

Taillights are worth noting at the rear, together with a tailgate-mounted Ford emblem and “RANGER” nameplate. High suspension lights and an antenna on the road complete the 2018 Ford Ranger exterior.

Taillights are worth noting at the rear, together with a tailgate-mounted Ford emblem and “RANGER” nameplate

As noted earlier, the main upgrade in the third-gen Ranger is in the infotainment system. The current Ford Ranger interior is set up a new SYNC 3 system to replace the out-of-date SYNC 2. Besides, the dashboard is currently arranged more logically and neatly to facilitate the usage of options and the main menu on the screen. On top of that, Apple CarPlay and Android Auto are also integrated to lessen driver’s distraction. For passengers, this new entertainment system does not seem extremely significant, but its ergonomic design is highly appreciated by the drivers since it brings more interesting driving experiences on the road. 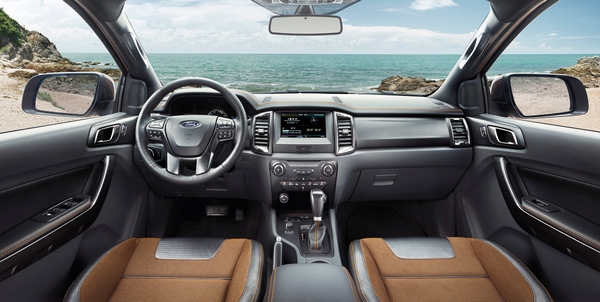 As noted earlier, the main upgrade in the third-gen Ranger is in the infotainment system

As regards seating and space, the 2018 Ford Ranger interior is reminiscent of its predecessor. Being the top-end trim, the 3.2L 4x4 AT is fitted with fabric and leather seats and nice backrests with Wildtrak stitching. Do not worry about space when sitting inside the Ranger. Not only giving abundant space for front passengers, but the vehicle also boasts enough space for the head, hip, toe, and legroom for people at the back. Particularly, the driver is pampered with a power seat for more comfort. The 3.2L 4x4 AT is fitted with fabric and leather seats and nice backrests with Wildtrak stitching 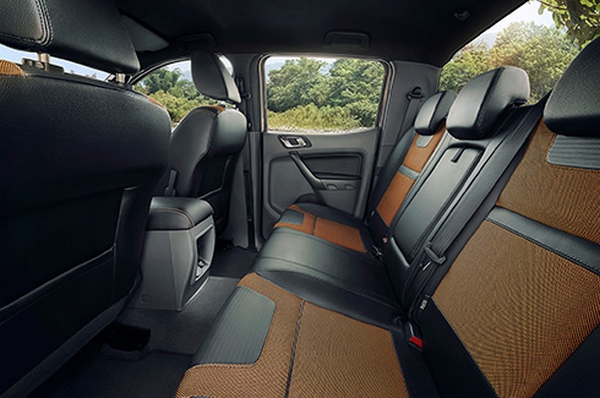 Do not worry about space when sitting inside the Ranger

There is a fact that the Range owns the largest bed in its class, so it can easily carry 1,300 kg of stuff. 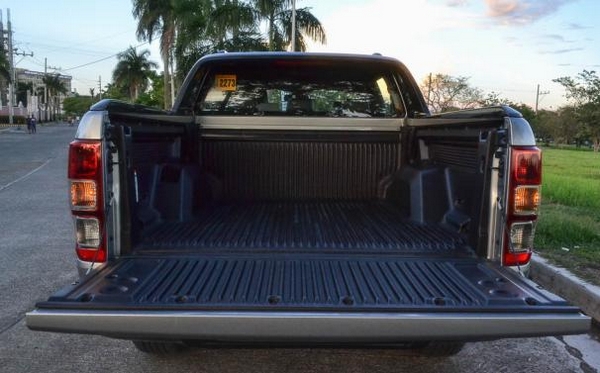 The Ranger can easily carry 1,300 kg of stuff

The third-gen Ford Ranger is armed with a 3.2L turbo diesel Duratorq engine, as its name evokes. This updated engine is capable of dishing out 470 Nm and 198 horsepower and is paired with a 6-speed automatic gearbox with an optional manual mode. Notably, it is also furnished with a rear-locking differential to enhance its handling capacity on rough roads as well as bringing the driver a firmer sense of driving when on the move. 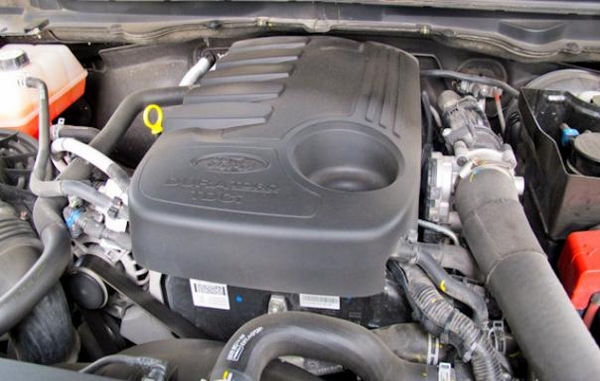 The third-gen Ford Ranger is armed with a 3.2L turbo diesel Duratorq engine

In the matter of performance, the pickup from the US brand offers a stable and smooth ride owing to some more weight added to the four wheels. Also, the barrage of sensors, fairly tight rotation, and a reverse camera help the driver control the car more effortlessly, besides the help of wide-face mirrors and large greenhouses. When driving around town, the aforementioned refreshed steering system will provide the driver with more confidence with more feedback added, especially when challenging winding and tough terrains. Although this is not a breakthrough in this third generation, it has remarkably enhanced the driving experience of this already-awesome off-roader. 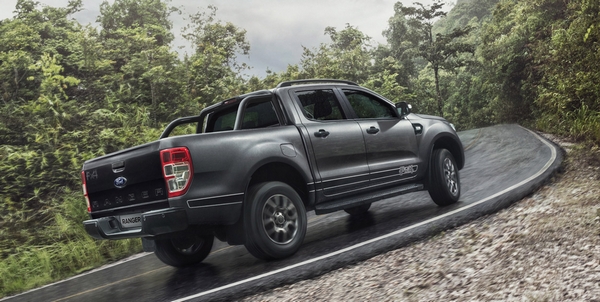 Taking everything into account, it’s no overstatement to say that the Ranger is among the most brilliant pickup in the Philippines and around the world as well. Barring the shortage of telescopic adjustment, it has nothing to complain about indeed. What’s more, the vehicle likewise gets the occupants inside satisfied during long trips due to the leaf-spring arrangement at the rear. 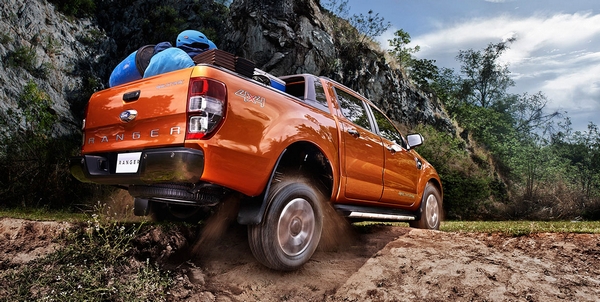 It features a great payload capability

At the moment, the Ford Ranger cost is P1,628,000, which is P141,000 cheaper than what was sold in 2017. That price tag sounds somewhat exorbitant, but come to think of it, the car is worth that price with too many things it has to offer from the exterior, interior, engine and performance, safety kit and payload capacity to boot.

The Ranger is worth that price with too many things it has to offer from the exterior, interior, engine and performance, safety kit and payload capacity

Hope that with this Ford Ranger 2018 Philippines review, you have already had a better understanding of this pickup. All things considered, it can be said with complete certainty that the Ford Ranger is one of the most typical pickup in the market today. Do you agree with us?