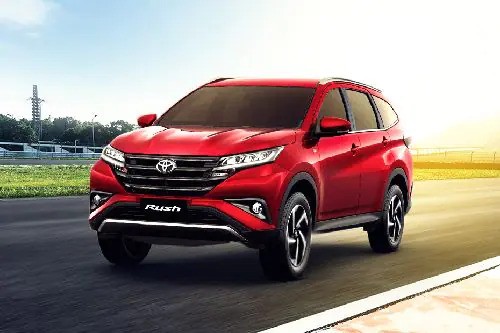 Toyota Rush specs is a low-cost 7-seat model that competes with the Suzuki XL7 and Mitsubishi Xpander. This is one of the most affordable 7-seater models on the market, and it can be used for both family and passenger transportation.

Toyota - Japan produces the Toyota Rush 2023, a practical 7-seater SUV. Despite the fact that this model is sold in the form of imported complete units, Filipino consumers adore it. Toyota Rush has also improved its classic look and caught up with modern design trends after being upgraded, the details have been adjusted more neatly, and the price will also increase slightly to be more market-appropriate.

Toyota Rush, along with Mitsubishi Xpander, is one of the leading models in exploring the multi-purpose vehicle segment. Toyota Rush 2023 has numerous advantages over competitors in the segment, particularly in terms of vehicle technology.

According to the Toyota Rush 2023 Philippines, this vehicle is one of the most affordable alternatives for parents, young families, and early age people looking for a smoother feel.

After the upgrade, the exterior of the Toyota Rush 2023 Philippines received numerous compliments from users and car reviewers. Has the inherent sinewy appearance, but has been more meticulously cared for, removing some unnecessary details and adding more modern details to completely refresh the old model that hasn't been upgraded in a while.

Toyota Rush Philippines carefully crafts the exterior equipment to ensure the aesthetic for the car:

Especially, the rear of the Toyota Rush 2023 is praised for its sportiness, especially when the embossed veins are prominently displayed. The rear taillights are cut at an angle and arranged in an eye-catching 2-level form.

The car's cockpit is appreciated for its spaciousness and driver comfort. Sitting in the driver's seat, the driver will be equipped with a 3-spoke steering wheel integrated with function keys to aid in controlling the vehicle. The Toyota Rush 2023's passenger compartment will be spacious, with a wheelbase of up to 2,685mm, giving the two rear seats enough space to provide customers with comfort while on the move.

Toyota 7-seat Rush version 2023 is powered by a gasoline engine (1.5L) with a maximum capacity of 102 horsepower and a maximum torque of 134 Nm. In conjunction with a 4-speed AT gearbox, the rear-wheel drive system aids the car's stability and durability. However, the 1.5L engine does not promise to give customers who want to buy a model with these expectations a strong and sporty feeling.

Toyota Rush specs are available with an automatic transmission. The Rush is a 7-seater SUV with dimensions of 4435 mm, 1695 mm width, 2685 mm wheelbase, and 220 mm ground clearance Toyota Rush.

Moreover, when it comes to Toyota Rush specs, the Gasoline engine capacity is 1496 cc. Toyota Rush fuel consumption for combined/urban/out-of-town roads is 6.7L / 8.2L and 5.8L per 100Km, respectively. If the customer prefers a model for service, the Toyota Rush can also meet this criterion due to its low fuel consumption and economy.

In terms of its convenient technology, The Toyota Rush 2023 has a lot of utility equipment that can be mentioned, including:

Toyota Rush 2023 has distinct advantages that set it apart from competitors in the segment, ranging from design to technology and features. This is a small SUV model that will help you and your family with long trips and travel.

In general, Toyota Rush 2023 brings a lot of upgrades in its latest launch; the car's appearance is now more modern, the equipment is also more luxurious, and the vehicle's performance is also improved with a 1.5L engine. Do not hesitate to place your order as soon as this model is available in the Philippines!

If you have any questions, let’s contact us right away: https://philcarnews.com/ 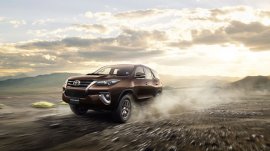 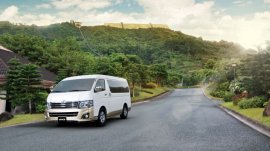 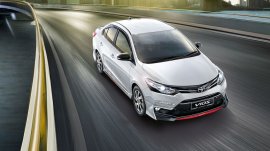 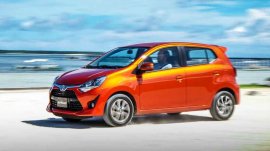 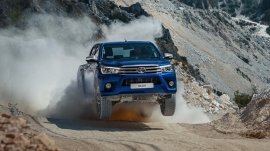 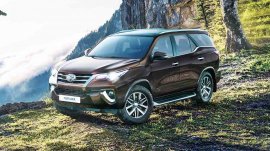 The great reasons why you should not overlook the powerful Toyota Fortuner
₱1,633,000